Mellors set the benchmark on the opening test, setting equal fastest time with Stephen Petch and Michael Wilkinson’s Ford Fiesta WRC, before breaking away on the second and never looked back. Mellors’ win gave the Proton it’s first ever rally win since being fully after being homologated by the FIA for international use.

The biggest entry in British rallying during 2019 headed to Ludlow for the 36thrunning of the Sixty and Worcestershire Motor Club organised event as 160 cars headed into forests such as Haye Park and Radnor for an arduous day of motorsport.

Mellors was last behind the wheel of the Proton at Goodwood Festival of Speed but showed no sign of needing to bed into the Haye Park stage, setting a joint fastest time with Petch on the opener. The forest was the scene of his departure from the rally in 2013 but his rapid return was impressive. However, stopping the clocks on the same time was Petch with Sam Bilham just four seconds adrift in his Fiesta R5. 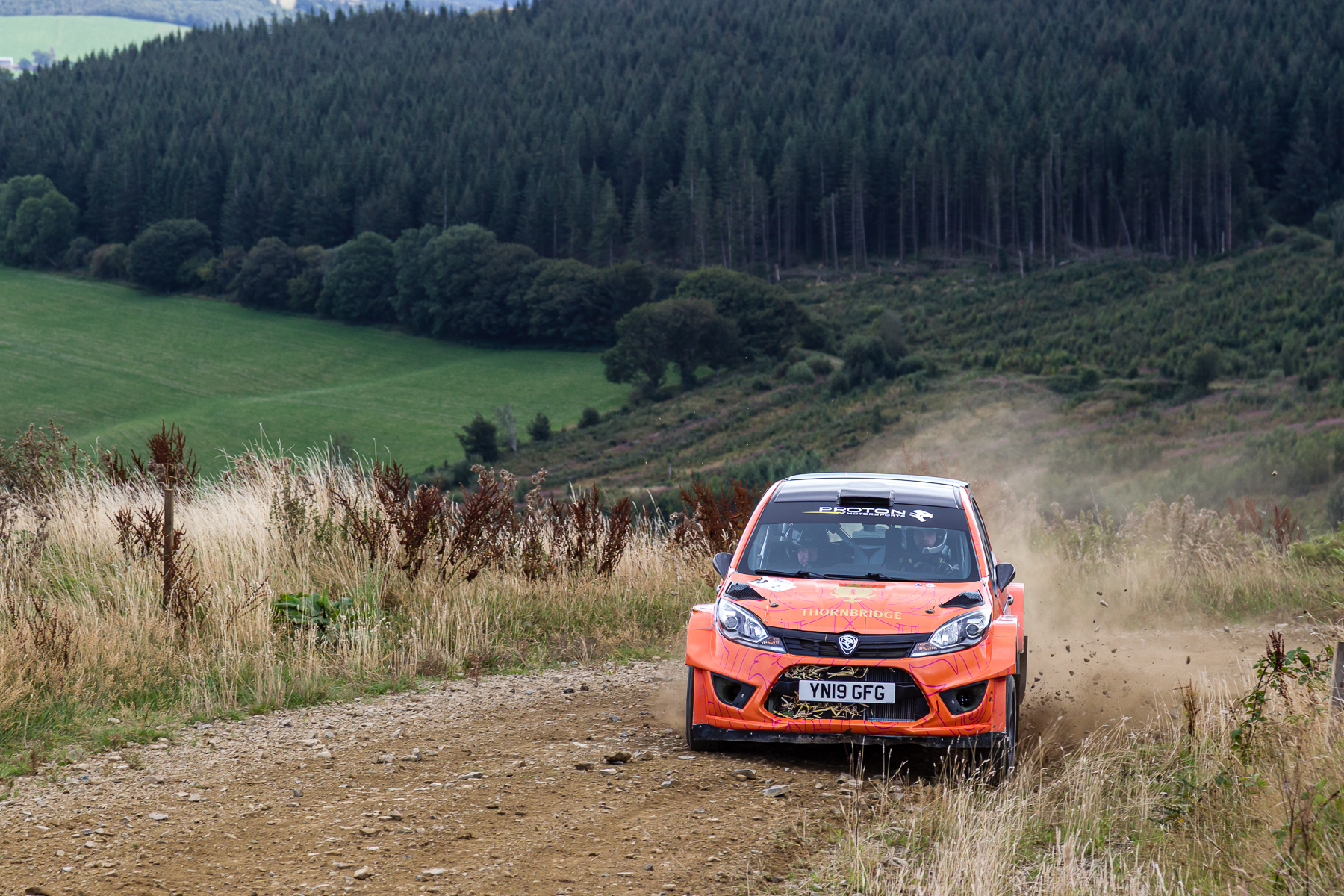 Image : Rallysport Media - Mellors in action
- Click to download high resolution version -
A run to Radnor forest across the border in Wales saw Mellors stamp his authority well and truly on the leaderboard, going 16 seconds faster than anyone else and ensuring a comfortable lead heading into the second loop. The stage sadly saw the retirement of Bilham, with Lepley making his mark yet again thanks to second fastest and closing in on Petch. A repeat order in the following Haye Park test followed which enhanced Mellors’ lead, but Lepley didn’t relent over the remainder of the day, chasing the Proton driver down to the wire.

However, it wouldn’t be enough and Mellors was delighted to secure a Woodpecker win.

“It’s been a fantastic day with no dramas at all really” he said, “we clipped a bale on stage two but aside from that its been trouble free which is always a bonus.”

“The car has been fantastic and it’s great to be give the Proton its first rally win since its homologation. The stages have been great which helps, it’s nice to be back”

Just outside the podium spots, Ian Bainbridge quickly got to grips with his new Skoda Fabia R5 to set some top three times during the day on his way to fourth spot. Co-driven by Jamie Edwards, Bainbridge adapted well from his old Subaru to take his best result of 2019.

Rounding out the top five, Pat Naylor and Ian Lawrence brought their Mitsubishi Lancer Evo IX home with the Production Cup honours in the process ahead of Pirelli Welsh Rally Championship winners Russ Thompson and Andy Murphy in a similar machine.

Local lad Grehan was the star of the show in the two-wheel-drive category, but the result does not tell the full story as an epic local battle between Ludlow’s Grehan and Hereford’s Roger Chilman developed during the day. It would only be decided on the final test when Chilman’s Ford Escort MK2 lost a wheel, giving Grehan a much-deserved victory.

Andy Davison and Tom Murphy were third, with Marty McCormack and Barney Mitchell making the trip from Draperstown in Northern Ireland worthwhile to take fourth. 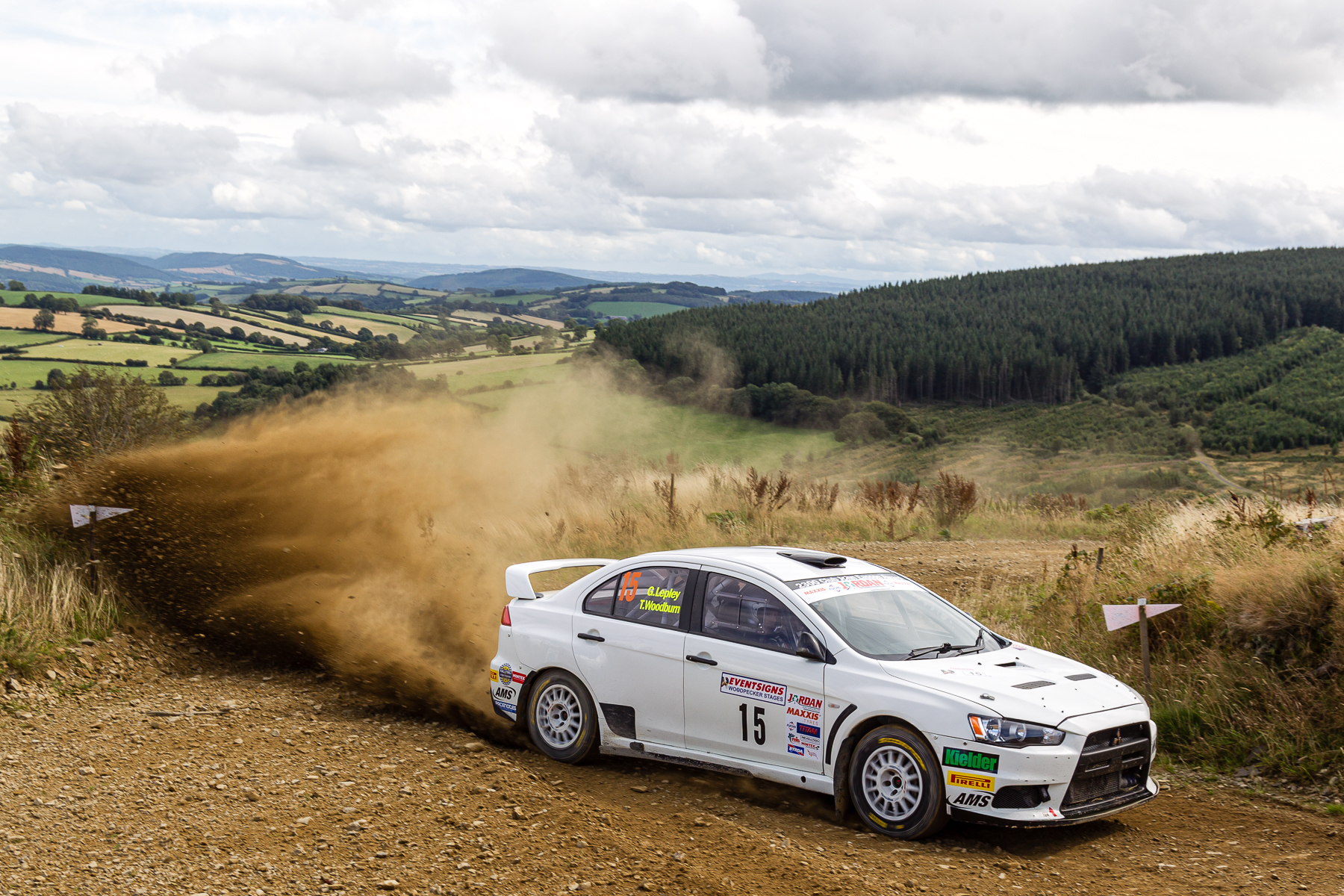 “Its been a difficult day to be honest” said Grehan.

“It started off well and we had a good time through the opening stage which helped us throughout the day. We have been hanging on for the rest of rally to make it through and here we are spraying the champagne.

Clerk of the Course Graham Hopewell was delighted with the day.

“We have to say a huge thank you to all our volunteer marshals and officials who had a long day in the forests to ensure the event ran as smoothly as possible” he said.

”With such a big entry, its inevitable that some delays can happen but each and every one of the team were true professionals. It’s been a fantastic days motorsport and great to see such a diverse entry in the forests around Ludlow and the thousands of spectators who were out enjoying the action. We will have a few weeks off now before the planning for the 37th Eventsigns Woodpecker Stages Rally gets underway”.